This illustration was a work-on-demand for a book called “Indo-European Guide for Presidential Elections”. It was based on a famous painting by Howard Chandler Christy called “Scene at the Signing of the Constitution of the United States” (below you can see the original).

The book had, as a reference, several indo-european gods. When talking with the writer, we got to the conclusion that I could draw the gods in a way that would relate them to each personality of the historical figures presented on the painting.
I started by making a research of several images of the chosen gods, and then I studied their positions so that I could fit them into the original image of the painting.
With these sketches made, I did a general sketch of the whole view and put a polyester on top of it. With india ink and a dip pen, I drew the lines and made the final work in a language that is familiar to me, due to my background with the etching technique. 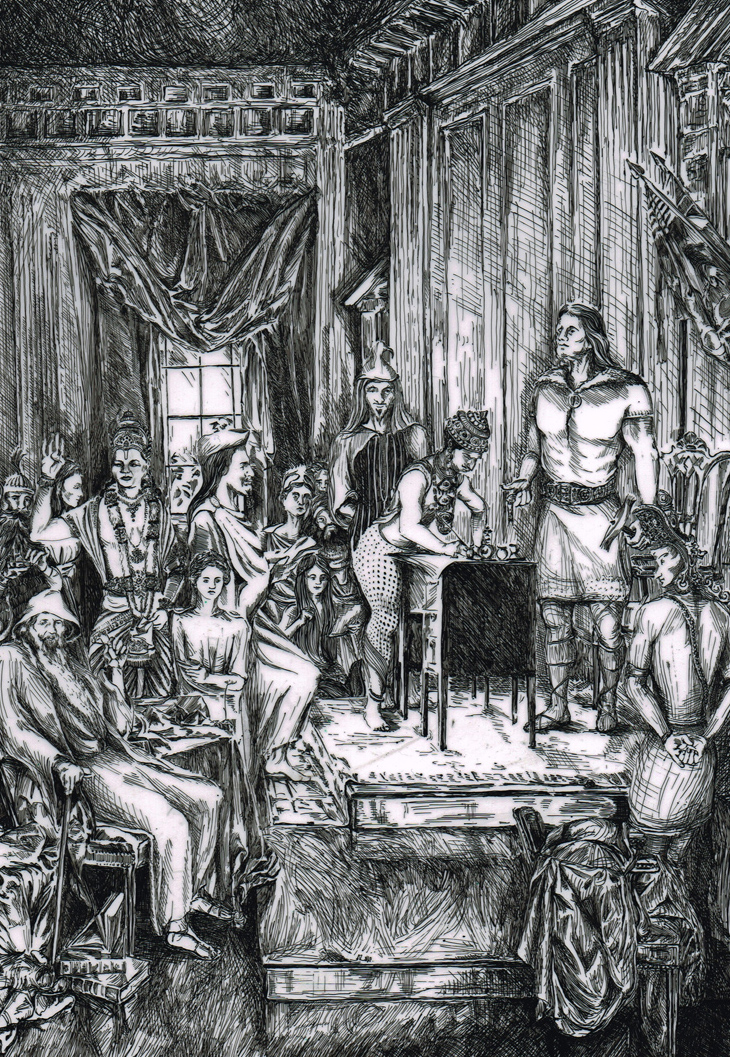 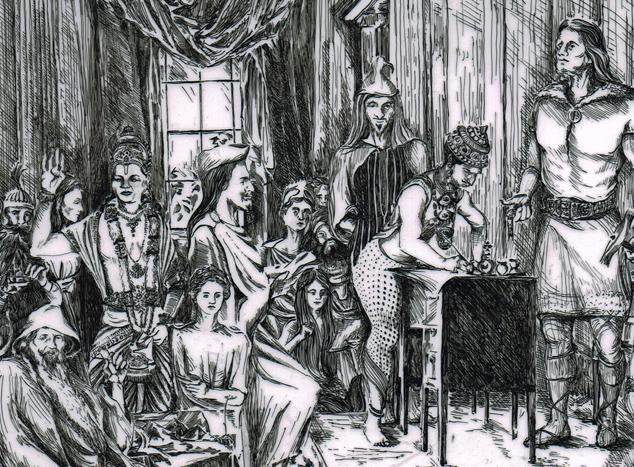 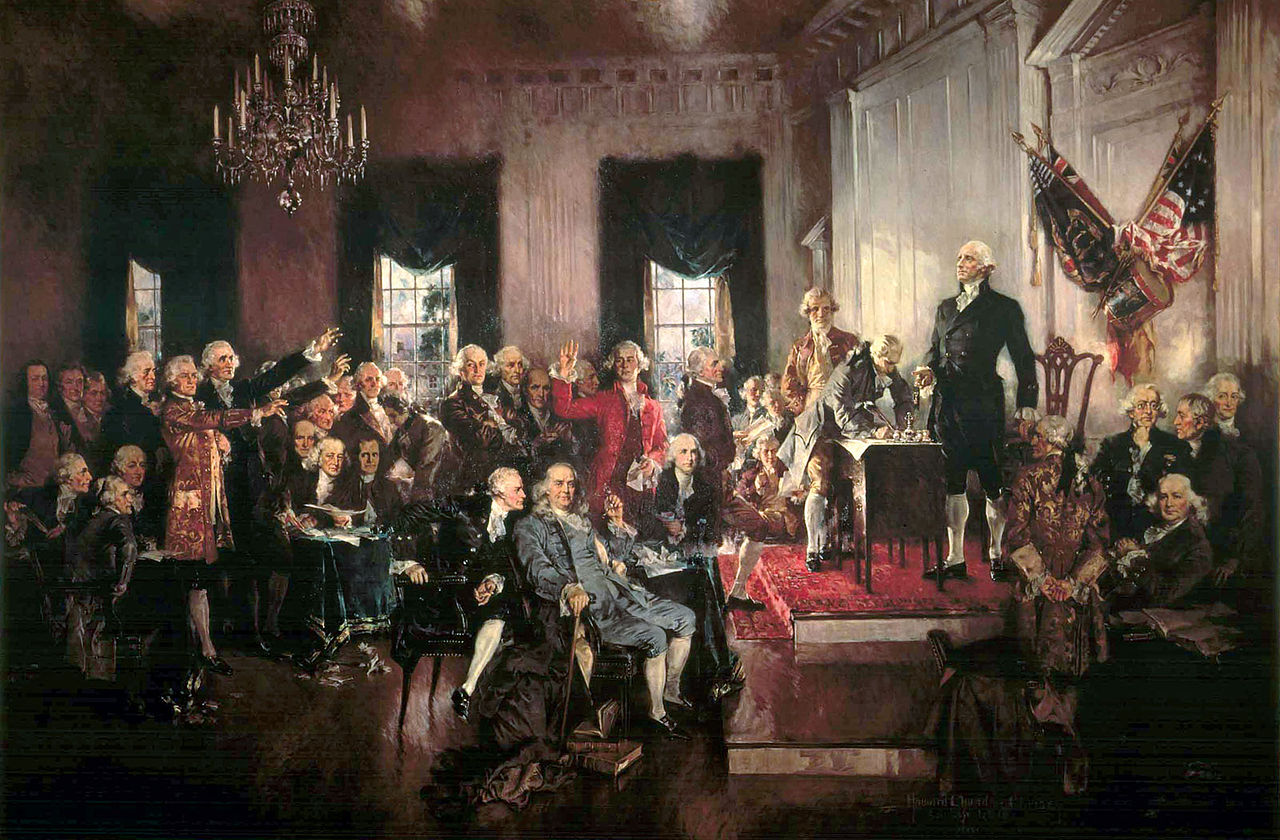 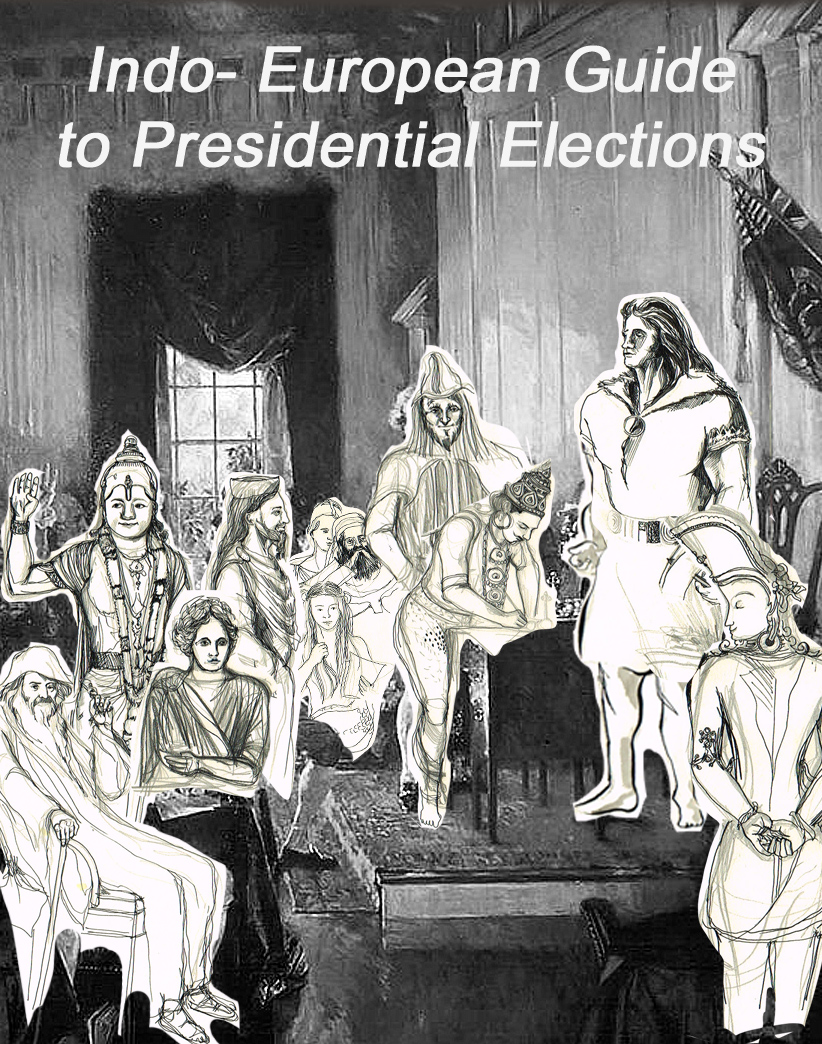 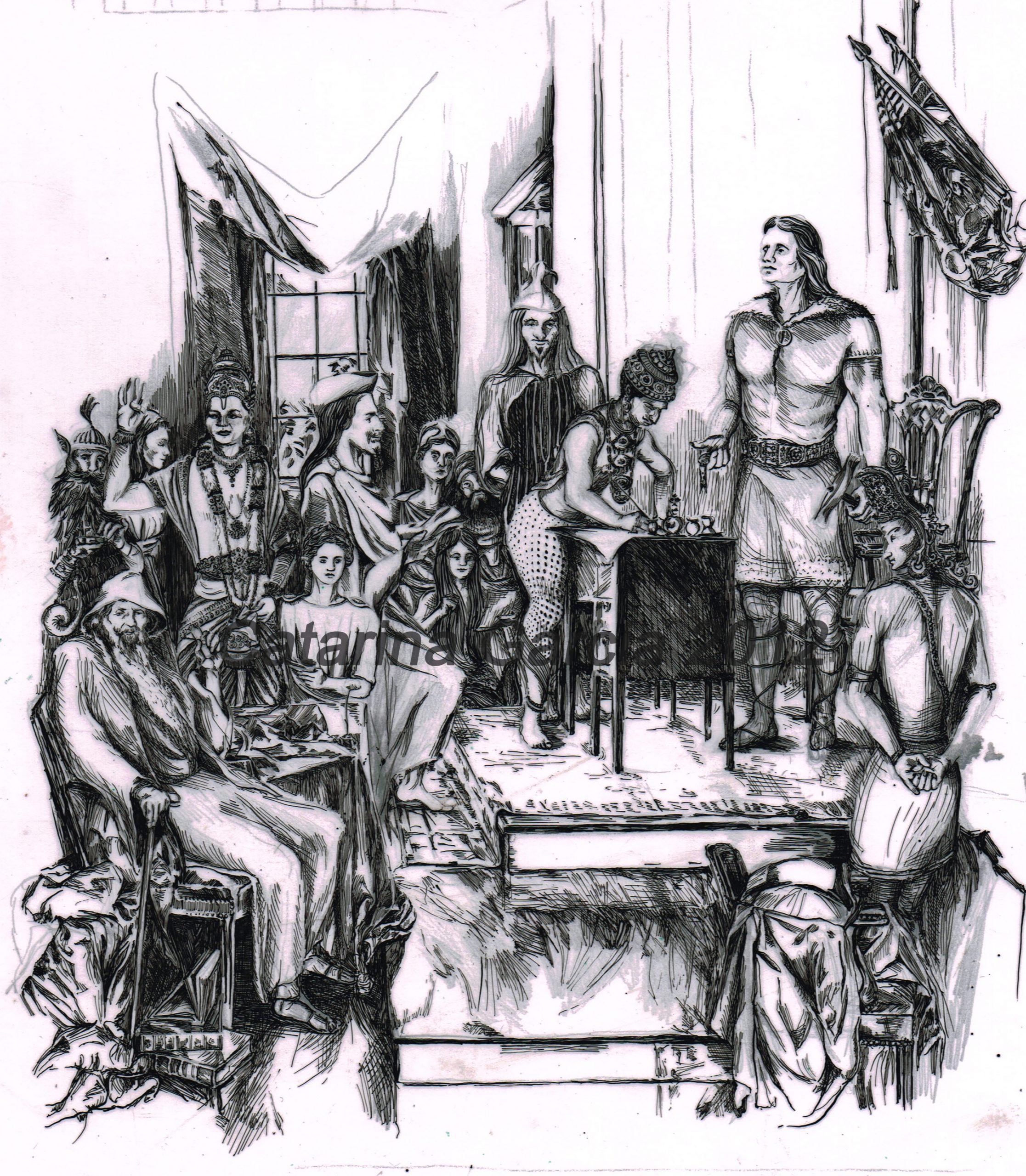 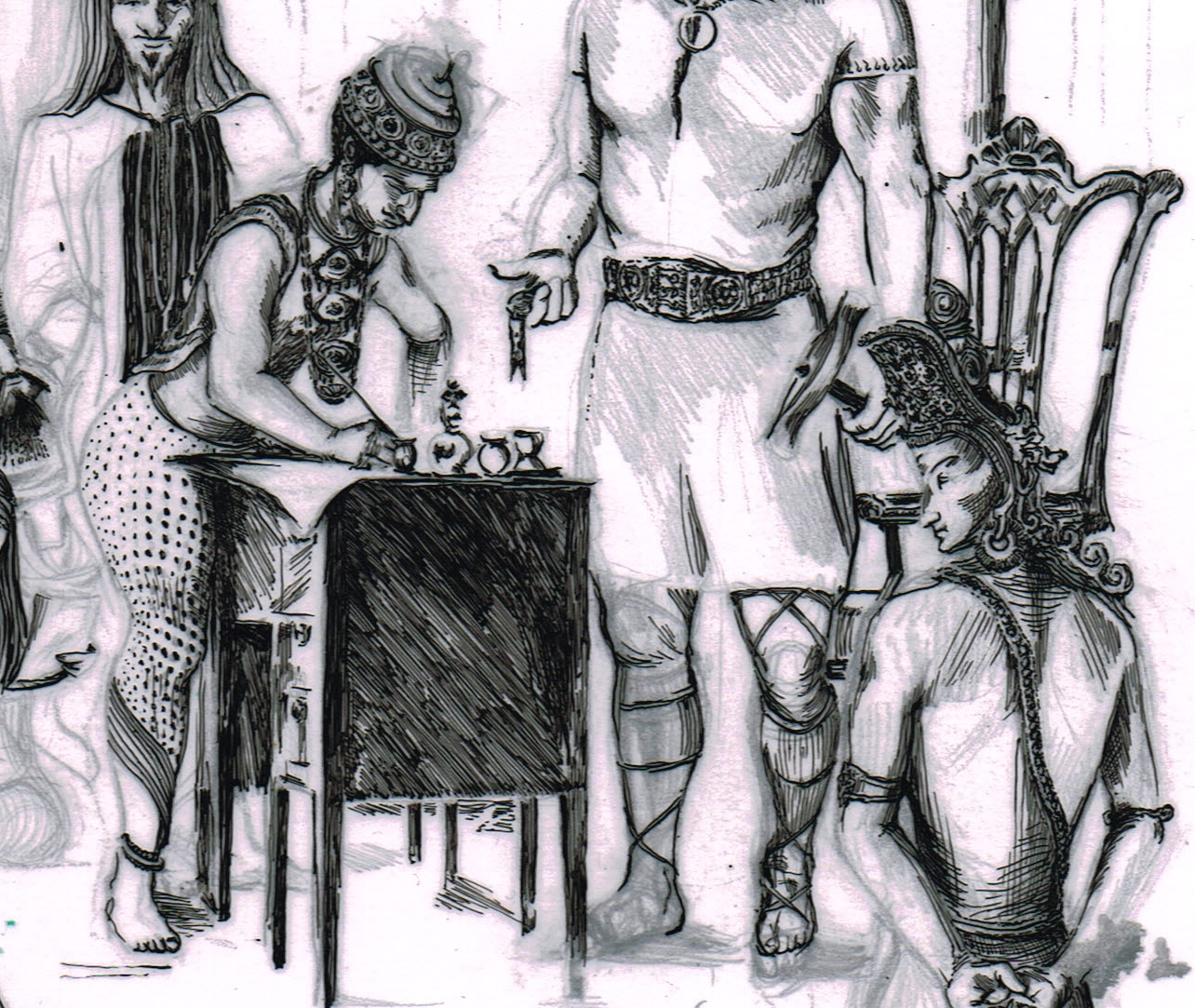 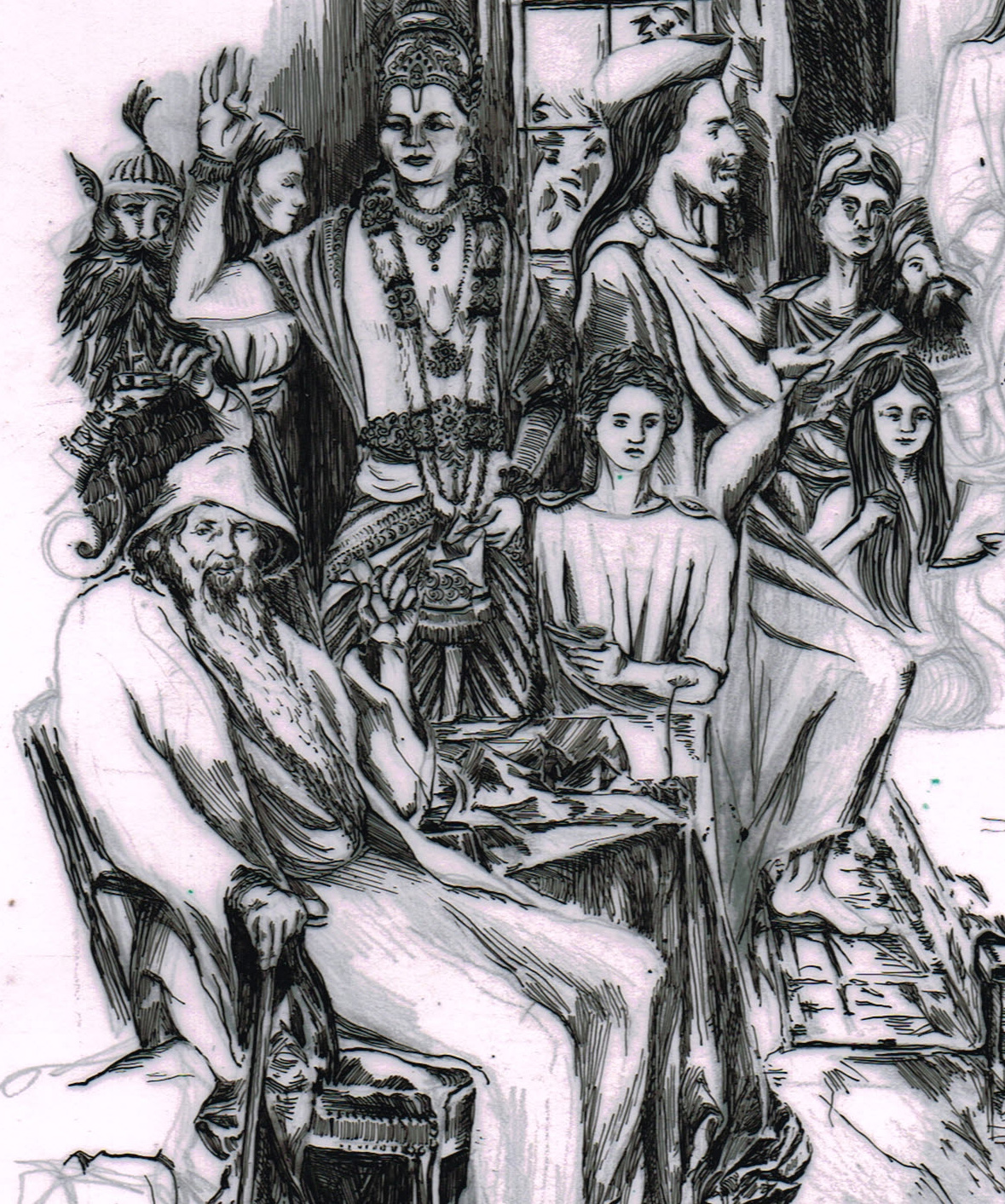